Former agents and their descendants publish a quarterly newsletter which reports the activities of some of their agents under the German and Italian occupation between 1940 and 1944.

Gallia resistance network was born out from the assignment that Colonel DEWAVRIN, called Passy entrusted to Colonel GORCE, called FRANKLIN, on the 15th of February, 1943 in London at the Central Office of Information and Action [Bureau Central de Renseignements et d’Action (B.C.R.A.)]. FRANKLIN was given the responsibility of unifying and restructuring military intelligence services operating in the Southern mainland France, under the leadership of Jean MOULIN.

By the end of the summer 1943, the assigned mission became a more autonomous network by combining other existing networks and directly operating with London. And within the last quarter of 1943, the nebulous Gallia succeeded to cover the whole mainland France as well as a few border territories.

It is estimated, all sources combined, that about 4.500 agents took an “official” part in its activities and that around a hundred of them were shot, executed or were reported missing.

The number of agents who died, were deported, or came back from deportation still requires further study.

This is precisely this part of Gallia’s activities that our newsletter is attempting to release.

By 1943, in occupied France, the resistance became more structured. With the introduction of the compulsory work service (STO), many people went underground to escape forced labour; whereas, outside this zone, the haply named ‘Free France’, was fighting alongside British, American and Soviet Allies.

In the name of this common fight, a discrete but important role was hold in occupied France by resistance networks reporting to the London B.C.R.A. headquarters, which actions developed in the greatest secrecy, under the leadership of the Fighting French Forces [Forces Françaises Combattantes (FFC). Thanks to the actions of the intelligence services, the inter allied commanders as well as the Free French Forces [Forces Françaises Libres (FFL)] had access to specific information concerning the facilities, resources, schemes and plans of the occupying forces.

Among those resistance networks, GALLIA was one of the most important and efficient networks : it was precisely in February 1943 that Henri GORCE arrived from London to set up GALLIA network with inputs from military intelligence services from the Unified Movements of the Resistance (MUR).

This resistance network based in Lyon became strong with about 3000 agents committed to the FFC, and their broadcasting radio capacities, including inputs from other movements. While looking back into this period, we are still surprised today by just how quickly this underground force was set up.

Most of those men and women of all ages and backgrounds have now disappeared. Many of them used to get together in a friendly aptly named association ‘l’Amicale’. During more than 50 years, a quarterly newsletter, as well as friendly meetings have tied strong links between former members of GALLIA or their families around memories of the movement’s past actions. A work of research, based on the history of GALLIA and conducted by Professeur AZEMA has been originated and sustained by our Amicale. In order to ensure the continuity of these works of research for remembrance, we have taken two complementary decisions : make our Amicale accessible to after-war generations and rally La Fondation de la Résistance and La Fondation de la France Libre which we greatly thank for their hospitality in hosting the meetings of our Amicale.

Here is a brief description of the story of this famous resistance network :

During winter 1942/43, the B.C.R.A initiated and developed the GALLIA mission which aimed at coordinating and unifying the MUR intelligence service. Intelligence gathering being a major stake for the Free France, the intelligence service (SR) of the MUR had to be taken controlled of and included into a sole and unique network : GALLIA.

GENERAL de GAULLE entrusted this mission to Henri GORCE called Franklin who as a survivor of the inter-allied network, rallied London in 1942 where he was then recruited by the B.C.R.A.

In February 1943, Henri GORCE flied over from London and landed near Lyon. After multiple procrastinations, he was introduced to the head committee of the MUR in April 1943. He was in discordance with Henri FRESNAY, Leader of the Combat Movement who was eager to remain independent from the Free France. A sole and unique technical agreement was concluded : the MUR intelligence service headed up by Jean GEMAHLING, finally accepted to provide GALLIA with copies of all incoming and outgoing correspondence in relation to military intelligence.

It was precisely at that time that Henri GORCE decided to set up a fully-fledged intelligence gathering network. He relied on people stemming from Liberation Sud, precisely Albert KOHAN, former regional leader of this movement who happened to become Henri GORCE’s assistant; as well as Franc Tireur, thanks to Eugène CLAUDIUS-PETIT’s connections. This network consisted of regional branches based in the South zone. Henri GORCE made a point at imposing a rigorous and effective partitioning between agents of the network and the movements they originally came from. But most of them kept a double affiliation in both movements. Between May and August 1943, the network was decimated by a wave of arrests to which Henri GORCE barely escaped. He then tackled to reconstruct Gallia by relying this

time on professional military men who were off duty due to the armistice, such as Colonel Louis GENTIL who became his assistant.

As of autumn 1943, the network brought together seven regions covering the whole South zone with their headquarters and services based in Lyon. It counted 1902 agents and also included several sub-networks such as the Belgian network called Reims – Noël. A rigorous partitioning was imposed and the network organized its radio and airlines liaisons too. Its increasing efficiency allowed the shipment of a mail of 2500 pages long, every other week in June 1944.

At that time, the network precisely developed with much greater intensity in the Northern zone (Darius network).

Simultaneously, GALLIA got involved in a conflict opposing the Free France to Combat concerning the transmission of intelligence. The B.C.R.A. claimed exclusivity and finally obtained it. Regular arrests undermined GALLIA, but thanks to the partitioning, they did not really put it at risks. The more serious alert occurred in December 1943 when the Chief of the liaison service, Jacques EL-MALEH was arrested. He was shot down as he tried to escape from the Montluc jail in Lyon. A few weeks before, right after his escape from the Riom jail, he had distinguished himself, escorting General de LATTRE de TASSIGNY, from Auvergne to Lyon and had just completed an inspection of the regions controlled by GALLIA.

By May 1944, the sub-network Reims – Noël was almost wiped out, its liaisons being infiltrated by the SD. His Chief, Georges ORCEL was shot down.

On the same month, Louis GENTIL, head of the Darius network was arrested and sent to Dora concentration camp where he managed to commit acts of sabotage on V2 parts. Louis GENTIL passed away shortly before the camp was liberated.

Following the invasion of the regional command post of Grenoble on the 3rd of August 1944, GALLIA central entity in Lyon was discovered by the SD and all the staff arrested on the 4th of August 1944. Henri GORCE who was in Paris escaped the dragnet.

Thanks to its decentralization strategy effective as of spring 1944 and the acceleration of the course of events, the damage remained limited, but GALLIA had nevertheless to regret the loss of 15 of its members, who were shot at Fort St Genis Laval on the 20th of August, 1944. 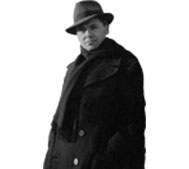